Moving to a suburb of Melbourne from the urban region means you may be in for a long commute to work. But in return you will get a big house, not an apartment, and verdant scenery. Most people who move to suburbs prefer charming scenery to contrast the grey colours of the urban jungle. If you are looking for a Melbourne suburb with great scenery, here are some ideas:

Originally known as Mast Gully, this Dandenong Ranges suburb routinely gets ranked as one of the most scenic. What’s unique about this suburb is that it retains the original homestead vibe complete with charming homes and stunning hill surroundings. The village was planned in the early 20th century in the true English fashion. The Dutch Elms and English Plane Trees planted back then are still alive today. This area is known for its quietness as well as facilities such as many shopping centres. There are always houses for sale in Upwey, so you can move in if you want a really charming neighbourhood to move into.

Another suburb in the Dandenong Ranges, Lilydale is also close to the Yarra Valley, so you can enjoy best of the both worlds. This suburb also has historical roots stretching back centuries. But it’s also very modern with plenty of new amenities. The defining feature of this suburb is the surrounding lushness, complete with nature reserves, wetlands, and more parks than you can count. It’s like an eco-haven not too far from the city. The commute to the CBD might be a bit long, but Lilydale itself lacks any traffic.

Warranwood, like Lilydale, is surrounded by everything an ecotourist loves. However, this neighbourhood is much closer to CBD, which is only about a 30 minute drive away. This area is known to be highly family friendly with plenty of great schools. But the best part is the natural scenery and parks where the whole family can relax at after a long day in the city.

Croydon is a historical settlement in Australia with history going back centuries. But there’s something in this neighbourhood that both nature lovers and history buffs can enjoy. Croydon is brimming with period-style properties with gardens that just take the breath away. Surrounding the suburb are vast farmlands that add to the rural, homestead-like scenery. The overall atmosphere is utterly peaceful and relaxing. Forget vacation homes; you can drive east from CBD directly to your home in Croydon to get away from the urban jungle. The two regions feels worlds apart thanks to the scenery.

If you don’t mind taking on a hefty mortgage for a luxury home, the Park Orchards suburb is one of the best scenery wise to live in at Victoria. The suburb gets its name from numerous apple orchards scattered throughout the area. You can imagine how beautiful it can be with sprawling apple orchards all over. There are plenty of nature trails to complement the imagery. As stunning as it is, so are the prices of properties in the area. But if you can afford a house here, you would never want to go anywhere else.

You can consider any of the above Melbourne suburbs to move into a neighbourhood that is convenient as it is scenic. 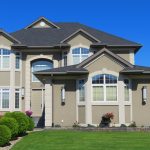 Planning To Open A Motel

Questions You Need To Ask Before Making Home Additions

4 mandatory questions to ask a carpentry company when hiring

How to Prep Your Home Before Selling? 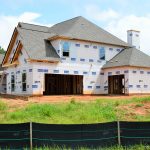